How did Mt. Lemmon Get Its Name?

We are asked almost every day, where did the name Mt. Lemmon come from? In an article found at the Mount Lemmon Community Center located in Summerhaven written by Eileen Palese: “The Mountain was named for the first white woman who dared to climb it, a vibrant, curious woman who was challenged by the beauty of the mountain’s plant life and the harshness of its precipices.” 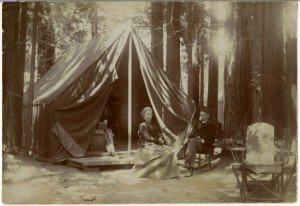 It was in 1881, when the US Cavalry still pursued Apaches and gunslingers fought it out at Tombstone’s OK Corral that Sara Allen Plummer Lemmon, a slender, dark-haired woman of 45 challenged and then conquered the mountain that loomed over the old Spanish Pueblo called Tucson.

Sara arrived in Tucson with her husband, John Gill Lemmon, on the first train ever to reach the town. He was a self-educated botanist, respectfully called the “professor”, whose health had been permanently undermined during the Civil War when he was imprisoned by the Confederates in the notorious camp at Andersonville, Georgia.

Sara and John had met in 1876 at a lecture he gave in Santa Barbara, California, where she owned a lending library and stationery store. She already had an absolute interest in botany. They were married four years later; she was qualified to assist her husband in an ambitious effort to catalog the plants of southern Arizona, a part of the world few botanists then had visited. Sara and John were equal partners in collecting and researching plant specimens, in the scientific papers and articles published by her and John, credit is given to “J.G. Lemmon & Wife.”

They tried their first climb into the Santa Catalina Mountains up the south face, which was the closest to Tucson, following a route that would become the Catalina Highway some 70 years later.

Some idea of how rare it was for a woman to be involved in such a venture can be learned from the fact that it was her costume, not her husband’s that was recorded by local historians. She wore “…a short suit of strong material, the best of firm calfskin shoes, nailed along the soles and heels with jump tacks and reinforced by substantial leather leggings that promised defiance to cacti and snakes. A broad brimmed hat with a buckskin mask and heavy gloves, a botanical folio, and a long staff completed her outfit.”

This first attempt to find a route up the south face to the summit failed. The walls of rock were insurmountable. The slopes were very steep and hazardous. Thorns and cactus spines tore their hands and legs. Even the wildlife was daunting. The historian Elliott records that they observed one lion so large that it “carried a huge buck away without dragging feet or antlers.”

They were forced ultimately to return to Tucson where one of the knowledgeable native people told them there was a better way to achieve their goal. He suggested that they go around the mountain range to the small village of Oracle, on the north side and get in touch with rancher E. O. Stratton at the Pandora Ranch. The rancher recalled later that when they arrived, Sara was on foot, keeping pace with her husband who was riding a small burro. 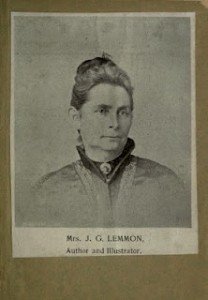 He agreed to guide them to the summit, providing them with horses to make the journey easier. “We went to the highest peak of the Santa Catalina’s,” he wrote in his reminiscences, “and christen it Mt. Lemmon in honor of Mrs. Lemmon, who was the first white woman up there. I chopped the bark off a great pine tree on the very top and we all carved our names.”

Sara Plummer was born in New Gloucester, Maine, on September 3, 1836. In 1869, she came to Santa Barbara, where with her little book and stationary shop she soon prominently identified with the intellectual, scientific, and social interests of the community. Indeed, Miss Plummer started the Santa Barbara Natural History Society and contemplated preparing a watercolor book on California flora. In 1876, she met her husband, botanist John Lemmon, who was collecting plants for the Centennial Exposition in Philadelphia and their love affair culminated in marriage in 1880. Sara also founded the first public library in Santa Barbra, California.

Sara’s talents were manifold. She lectured, taught, sketched, wrote poetry, headed up the West Coast Red Cross during the Philippines war, and was responsible for the designation of the California Poppy as the state flower (1903).

When her husband John died in 1908, Sara never fully recovered from the loss. She passed away on January 15, 1923. Sara and John are buried in Oakland’s Mountain View Cemetery.